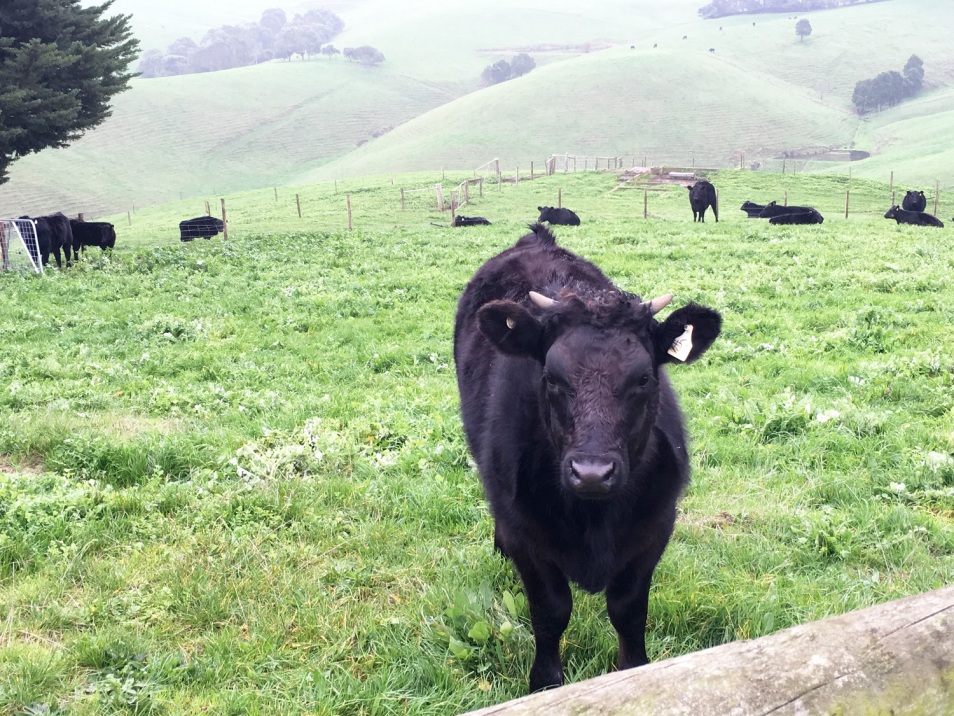 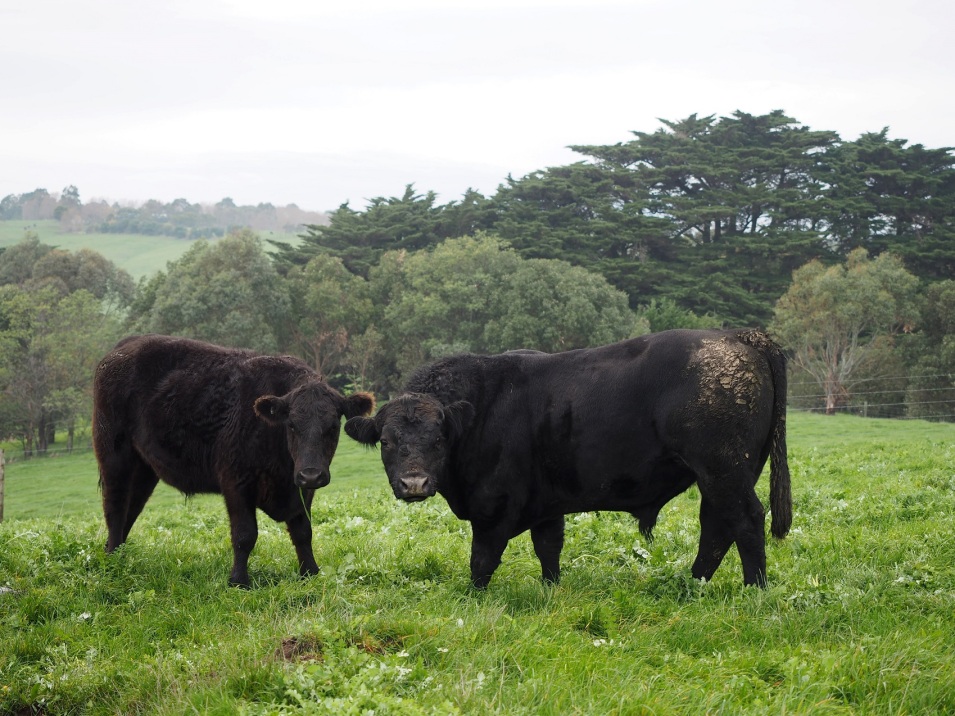 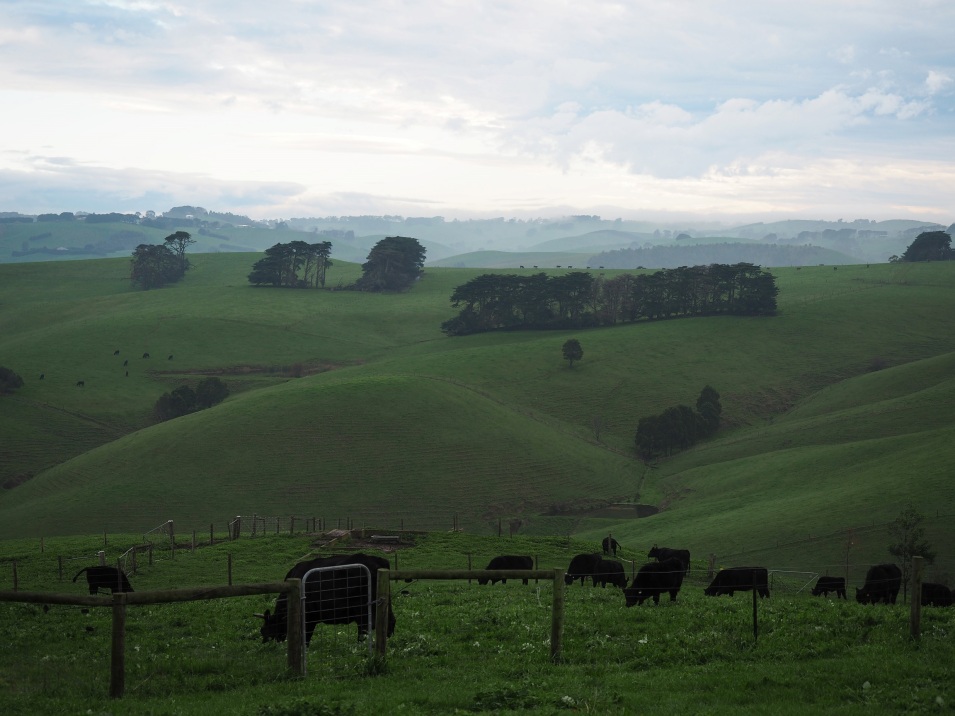 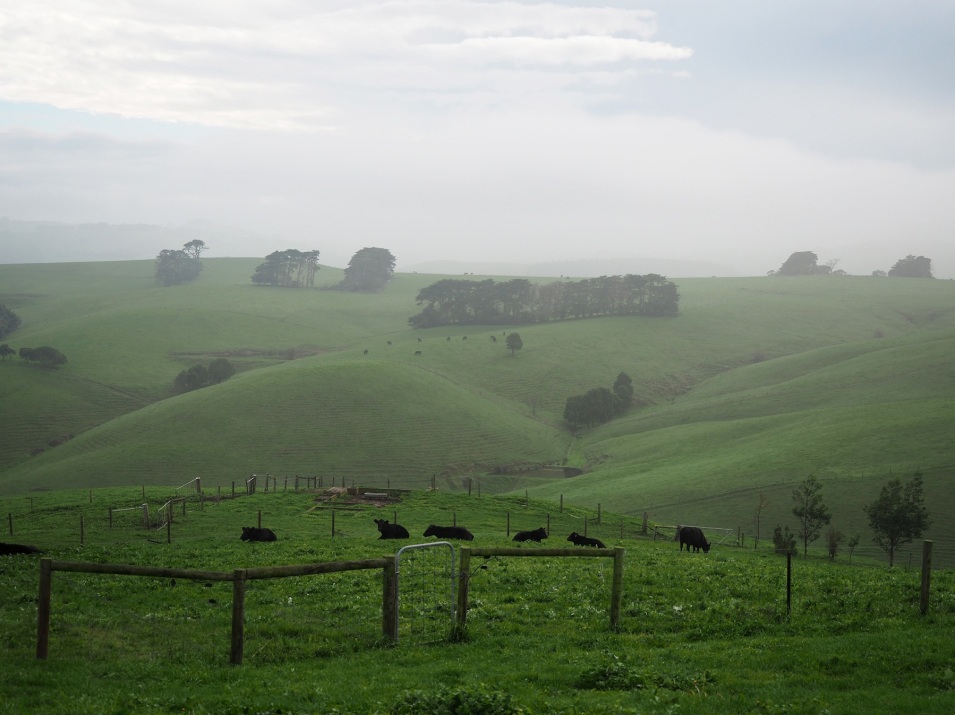 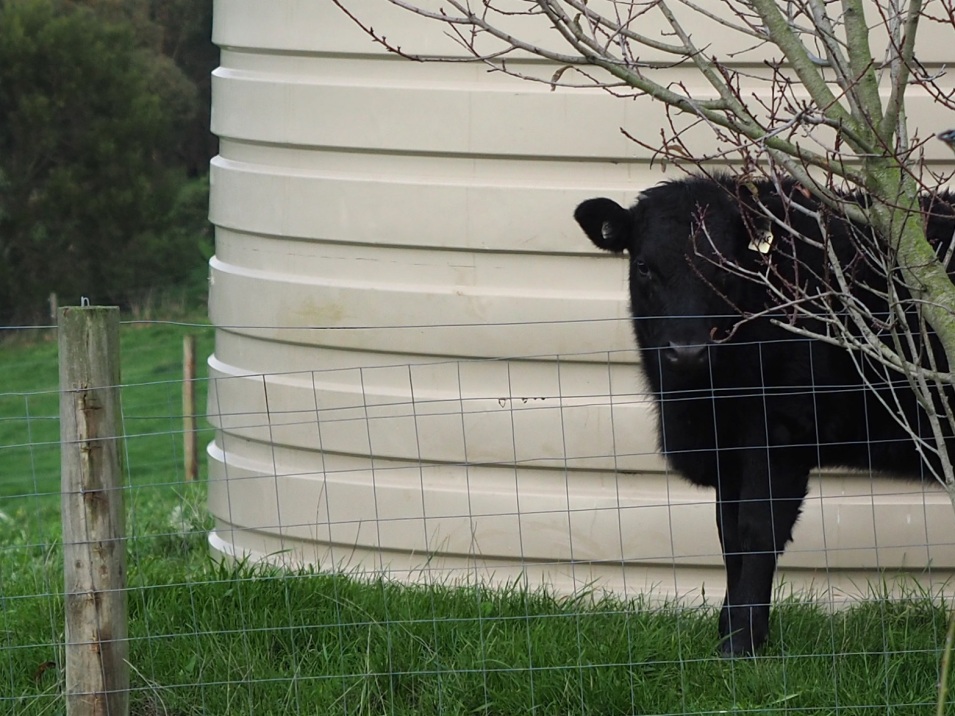 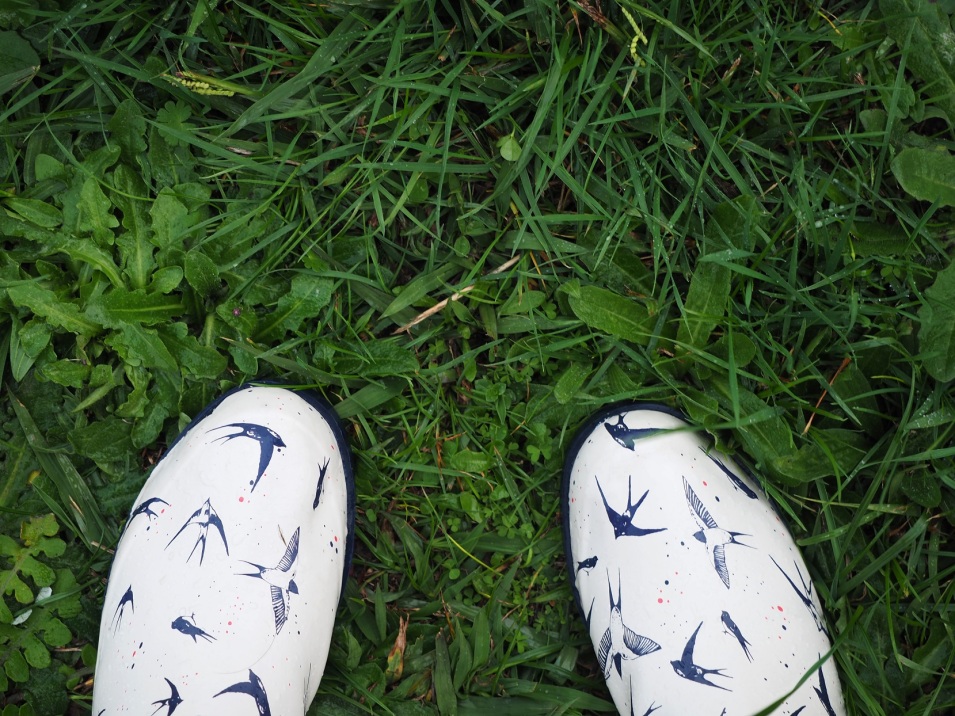 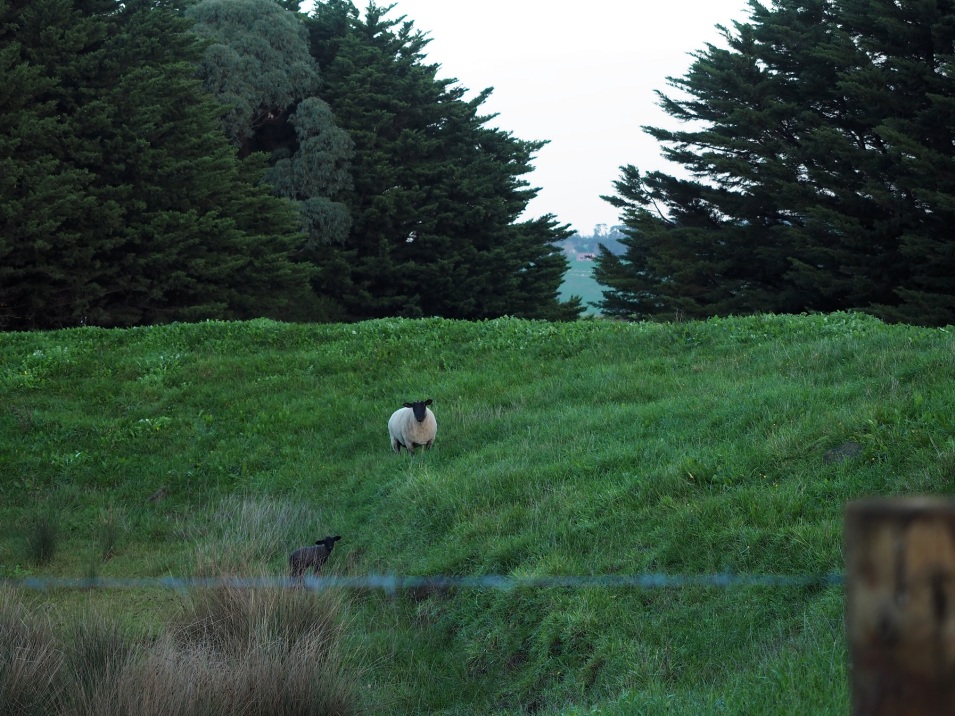 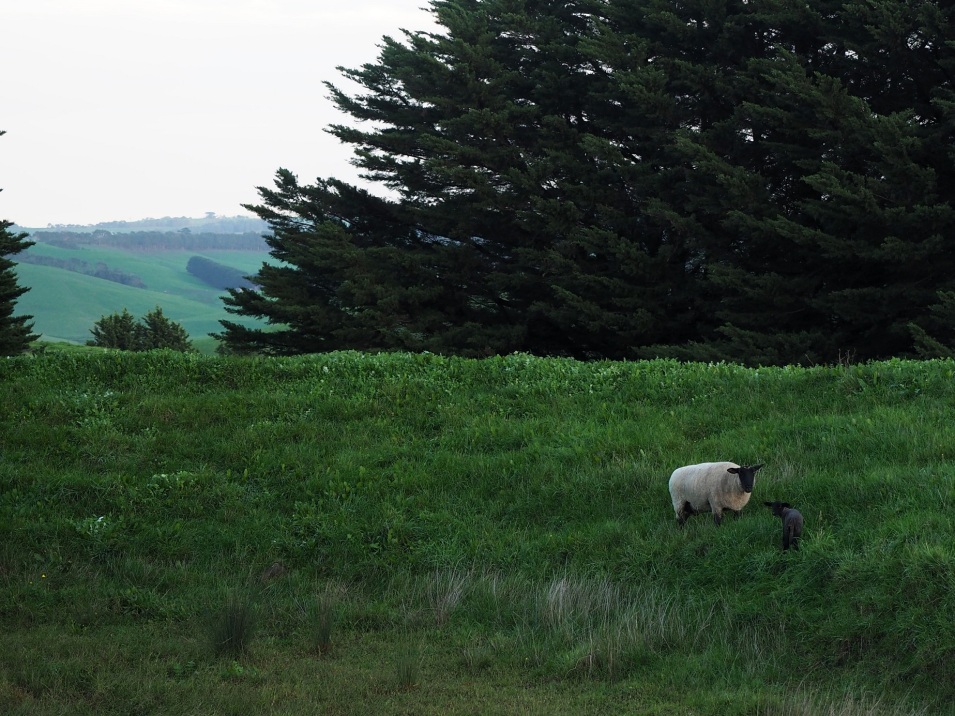 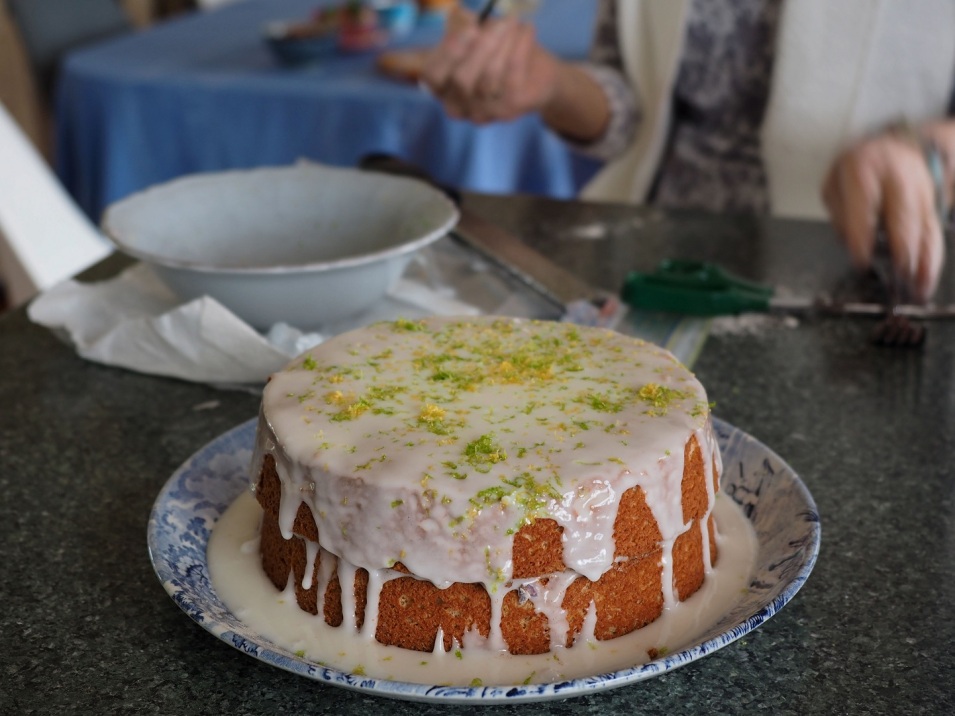 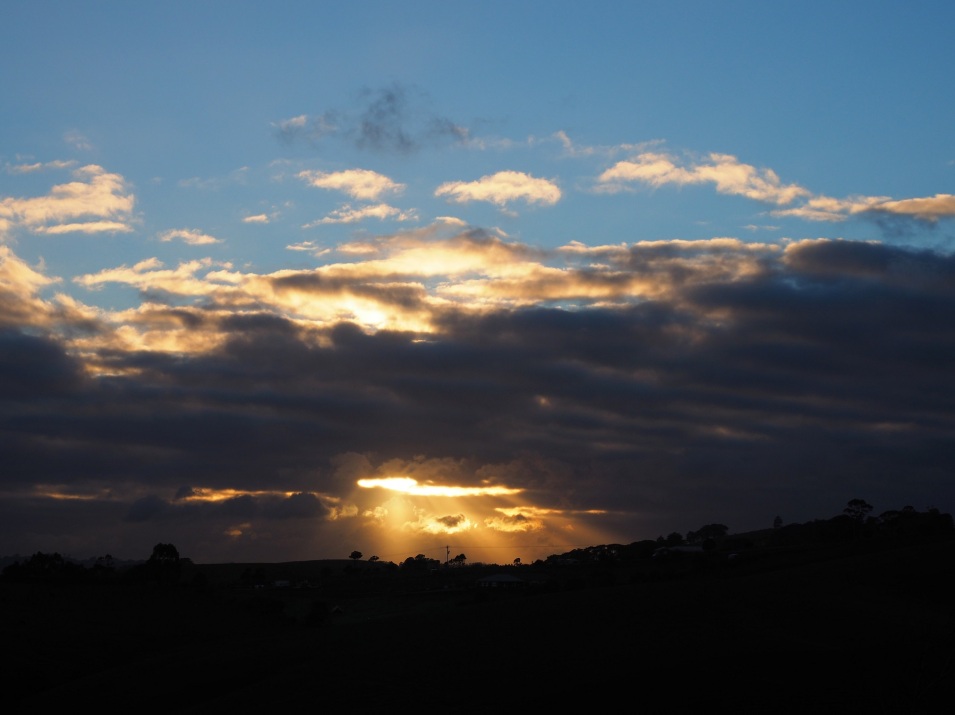 One day this week I arrived home from work early and it was still daylight, which was such a treat! As soon as I opened the gate I noticed a sheep near next doors dam, not where they usually are. Then I spotted it. The cutest little newborn lamb. It sprung up, as only lambs can, and walked all wobbly like over to its Muma who was busy staring at me, no doubt wondering if I was a threat. I assured her I wasn’t, like she could understand me, and made kissing noises to the lamb. Oh if only you could see him turn his head and flop those big ears of his around. There’s something about the face proportions of a baby suffolk lamb, long little face with two ears that mostly stick out sideways and are as long as their face. I name him Big Ears, he’s adorable!

Meanwhile our neighbours cows have been busy chomping through our long grass and ‘fertilizing’ all the paddocks. They’ve been so entertaining to watch. The little fluffy calves are my favourite and I had quite the moment with one I’ve named Babyhorns. He, of course, has teeny horns sprouting out of his tufty curly fringe and is a gutsy little one. Mostly they take off as soon as you walk towards them but little Babyhorns held his ground. I approached him super slowly and when I saw him flinch and think about running I stopped. I talked to him the whole time, you know telling him how cute his curly fringe is and how one day those horns on his head are going to be so big. He looked at me for what seemed like ages, then tentatively took one step towards me. Then I took one small step towards him. Our eyes were locked and without blinking, but with some trepidation, Babyhorns took another step towards me. I repeated my last move and we stood there for a minute or so just checking each other out and me doing all the talking. I didn’t want to push my luck so I stepped backwards and then turned and came inside, smiling from ear to ear. I like to think Babyhorns was smiling too.

So after falling in love with the calves and the lambs I am now seriously asking myself if I’ll be able to ever keep animals like that to provide meat for us. I’ve got my doubts. I really want to as I am a meat eater and I like the idea that the meat I eat will come from an animal that’s lived a good stress-free natural-as-possible life. It’s been part of our grand plan for ages but the reality of seeing these animals every day, and not getting attached to them, is hitting home. I’m no fool, I always knew it would really challenge me, but am now considering how possible it will be rather than how hard it may be. And yes I know you’re not supposed to name them, golden rule and all that… but I can’t seem to help myself at the moment. Maybe it’s because they aren’t mine and I’m allowing myself to get attached to them, after all I’m not going to eat Babyhorns and Big Ears. Maybe it will be different when we get some of our own, for the sole purpose of providing meat for us. Maybe I won’t fall in love them.

Is it a bit lame to now tell you how I had this awesome vegetarian curry for dinner tonight? About as lame as naming my neighbours sheep and cows? Yep, thought so.

Wishing you sweet connections with the animals in your life x

2 thoughts on “babyhorns and big ears”

Thank you for stopping by and taking the time to comment, I really appreciate it and do hope you enjoyed your visit. In Peace Love & Harmony Little White Dove x Cancel reply